A "Europe of the regions" was the idea of the European Commission under its former president Jacques Delors: the aim was to promote the regions in the EU member states and support them in their regional autonomy. As part of this process of making the regions real actors in European politics, changes were made in the structural funding arrangements of the European Union. This has created new opportunities for regions to receive funding and participate in the EU policy process.

Within many EU states, the regions have been given more competences since the 1970s. The process of European integration, combined with decentralisation in many Member States, has given the regions tools for a more active role in the European Union. In order to increase their influence in Brussels, many regions have established networks.

In this context, the Federal Union of European Nationalities (FUEN) has launched the "Forum of European Minority Regions" - as a place for cooperation and networking. The goals: to increase the political weight of the individual regions and to exert a stronger influence on EU policy through a united appearance. In addition, the forum offers a space for exchange and analysis of the status quo with regard to minority rights and learning from best-practice examples.

Regional and minority languages are spoken by about 40 million people in Europe. It is precisely those regions where linguistic or ethnic autochthonous minorities live that strengthen European ties in a special way. Europe's minority regions form bridges between the Member States and play a decisive role in European integration.

Minorities contribute to the economic and social development of these regions. It is therefore no coincidence that some of these regions are among the wealthiest in Europe - South Tyrol, with the highest GDP per capita in Italy, or the Basque Country and Navarre, the richest regions in Spain, are good examples.

Building on the positive experiences of previous years and to provide new impetus, this year's forum is scheduled to take place from the 10th of November 2022 to the 12th of November 2022, with a two-day conference in Gaillimh/Galway, Ireland. The title of this year’s forum is “Minorities mean Business” and is about the added value of minorities in conquering new markets and selling products, with a particular focus on tourism and investment.

Ireland is an officially bilingual country that is often seen as a model for language policies. Irish is the first state language, but both Irish and English are enshrined in the Irish Constitution as national languages. Galway itself is an ideal location for our Forum for a number of reasons, including the Galway Gaeltacht being the most highly populated Gaeltacht region in the country, and Galway’s unique status as a bilingual City.

On the other hand, in some regions like Friesland, tourists are driving up prices so that the locals can barely make a living and, in the worst case, have to move away. The aim of the debate is thus not only to discuss the economic added value of minority languages and cultures on tourism, but also the downside of extensive tourism, such as higher real estate prices and a changes in the linguistic landscape of a region.

Best practices from Transylvania, Flensburg, Finland and Galway show how you can use different campaigns to make customers aware of the possibility of using their native language when shopping.

The last session is about promoting regional identity and languages among young people in Ireland, the UK and Brittany. How can you make young people proud of their language and culture with various projects so that the number of speakers no longer decreases but increases?

How can you improve the image of the language and make using the ‘minority’ language cool or sexy?

On the third and last day we will organize a study visit to Árainn/ the Aran Islands. The Aran Islands are one of the stronger Gaeltacht areas in Ireland and they are a perfect example of how a smaller language and culture cannot only be preserved but also promoted.

If the visit to the islands will not be possible due to poor weather conditions, an alternative study tour by bus to nearby Irish-speaking villages will be arranged. Another goal of the study trip is to create opportunities for exchange of best practices between participants. Such contacts could be beneficial for networking and facilitate networks that could be useful when looking for partners for EU projects. It is hoped that the Forum’s participants will be able to learn about and witness first-hand, among other things, the ground-breaking work being undertaken on a local level in the Gaeltacht through the Language Planning Process. 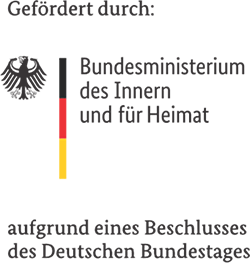 Cookies help us deliver our services. By using our services, you agree to our use of cookies. OKLearn more.